The Good, The Bad and The Ugly

I have been wanting to start a thread that I think will become a valuable resource to the members of this board. So this thread is an unbiased look at what is available to pilots in terms of service and repairs, that are done outside of warranty claims. There are dozens of threads already on this board, with both positive and negative outcomes from warranty claim repairs. Please do not post these here, other to talk about a warranty repair gone bad, that was subsequently repaired by an out of warranty service center.

The reason why is, as a warranty repair, you have no leverage in the major aspects of the repair... the place to send the repair to, how long it's going to take, or the quality of the repair techs... all because you've paid nothing for the services provided.

So as the title suggests, I want this to be a thread where you can post all experiences with repairs you have sent out, to provide all with a database of various repair services, and perhaps provide some guidance of where to go for service. This should span all models that we use, and I certainly hope we will get posts from all the continents and not just be a North American-centric view.

The one request I make is that if you are in the middle of a repair process, certainly post, but maybe compose your post in notepad first and save it on your desktop. Then come back to it in a few days... the less emotion and frustration in this thread, the better.
Toggle signature
The difference between stupidity and genius
is that genius has an upper limit. - Albert Einstein

So with that being said, I will start with my own little repair saga... go grab some popcorn (or a pillow for a nap) and get comfortable.

In January 2017, I sent 2 CGO3+ cameras to Carolina Dronz, to have each of the original OEM lenses replaced... one with a PixAero 3.77 and the other with a Peau 8.25. Took less than a month and was charged $50 less than the quoted price, because it took less time having both cameras on the bench at the same time. I was a happy boy and was able to get some nice footage below:


Fast forward 3 months to May 2017, when I had my Typhoon H fall from the sky… the camera with the PixAero 3.77 was on the airframe at the time. After examining the telemetry, Yuneec CS determined it to be a warranty covered crash. They requested that I send it to KAV… I politely refused and said I would pay for shipping to send it to their Ontario CA facility for repair. CS conceded and the H was sent to Ontario CA. Warranty repair took 3.5 months before the repaired aircraft was returned… remember above, when I mentioned no leverage on warranty repair timeframe?

Once it was back I took my time getting used to flying again and had an opportunity to
shoot an interesting geologic formation in eastern AZ. Took out the recently repaired
bird with the repaired PixAero 3.77 camera.

Below is what I got: Significantly out of focus on the right side. However I do not specifically blame the Yuneec CS techs… since the OEM lens had been replaced, that aspect of the camera was not warranty covered. But at the same time they gave no indication of that being an issue, when returned.

So I sent my primary camera with the PixAero 3.77 to Carolina Dronz in November 2017, to correct the focus issues. Within a couple of weeks I discovered that the PixAero 6mm and 8mm had been released. So I ordered the PixAero 6 (shipped directly to CD) and sent the second CGO3+ with the Peau 8mm to CD with the following instructions:

We have a unique opportunity here with 2 cameras and 3 lenses… once my CGO3+ with the 3.77 is repaired; take a short flight to shoot both video and photos… anywhere… just a 1 minute, repeatable flight. Then when my second CGO3+ with the currently installed Peau 8.25 arrives, repeat the same test flight to get the same scene footage with the Peau lens. Finally, replace the Peau with the new PixAero 6… and again repeat the same test flight with the PixAero 6, to complete the comparison footage.

Well, that did not work out so well… those specified instructions were completely ignored by the repair tech who was assigned to my repair. The comparison “footage” was useless. But above and beyond that aspect; the original re-focusing and new lens install were not completed competently as shown by these examples: 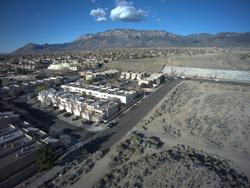 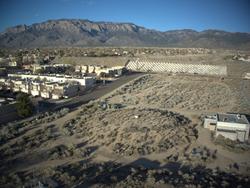 Digital artifacts in the shadow areas of the camera with the PixAero 6 render any imagery out that that camera unusable. The camera with the PixAero 3.77 still shows softness on the right side, also rendering anything out of that camera unusable. These issues have been discussed with the folks at Carolina Dronz, and both cameras are back on their way to their facilities, at their expense. Save one specific tech, I still have faith that Carolina Dronz will have these issues resolved by the original technician that did my lens installs over a year ago.
Last edited: Apr 5, 2018
Toggle signature
The difference between stupidity and genius
is that genius has an upper limit. - Albert Einstein

Wow! Out of focus, vignetting and sparkling in low light areas (pixAero 6mm only). My pixAero 6mm was not as great as I'd hoped but much better than that. The vignetting is probably not fixable. It is less noticeable on 16x9 images and video. The sparkling looks like maybe the lens or sensor were not clean. Focus differences from side to side of the image seems like a mount that is not parallel to the sensor plane (not all adhesive removed from board) or the mount threads are not perpendicular to the base (bad mount). There's hope since your original 02-11-2017 la ventana arch images looked great.

My focus process was extremely tedious. The slightest rotation of the lens made a difference in the 4000x3000 image. To make matters worse, I had to compromise between center focus or edge focus. I chose center, of course.

I hope you get some satisfaction from CD. I'm sure they don't want their good reputation besmirched.

You just made me very happy with my stock CGO3+ and lens. All I had to do was up the sharpness to 8.

That said, it sucks that you've had to go through this. I'm hoping CD makes this work for you. They did a fine job on my CGO3+ when a crash did the usual tearing out of the wires.
Toggle signature
Ron

I'm confident that this will be resolved by CD... to use a baseball analogy, apparently their starter (who installed my original lens upgrades) will have to come in as a closer to clean up their middle-reliever's mess...
Toggle signature
The difference between stupidity and genius
is that genius has an upper limit. - Albert Einstein

An update... finally after literally a year, I have a CGO3 with a usable image from the 3.77 lens... CD is still working on the second camera, and I have sent back the Peau 8.25 to them... I strongly suspect I will get this second camera back with the Peau 8.25 re-installed.
Toggle signature
The difference between stupidity and genius
is that genius has an upper limit. - Albert Einstein

I’m glad you’re happy with the 3.77 as that’s on my list of camera goodies to get.
Toggle signature
Ron

OK so a final post on this little adventure... my second camera has been returned with the Peau 8.25 re-installed and the sharpness looks good, but digital artifacts are still evident in the shadow areas: 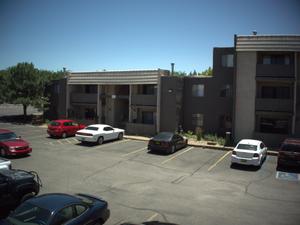 I am at a good stopping point. This camera will be put up for sale in the classifieds sub-forum as either a parts camera or project someone wants to tackle.
Toggle signature
The difference between stupidity and genius
is that genius has an upper limit. - Albert Einstein

Sorry to see this didn’t turn out better for you. Do you think those artifacts were a coating issue with the lens or perhaps a flaw in the sensor?
Toggle signature
Ron

It could not be specific to either lens, as it appears in both... the digital artifacts were not present when the Peau was originally installed... only after the swap for the PixAero, and subsequent swap back to the Peau. The image looks good were it not for the noise issue. It lies elsewhere in the camera... not SD card related as this appears across several cards. Also it is not crash related, as this was not the camera on the H last May that crashed... that camera had the since completely repaired, PA 3.77.

Last edited: Jun 25, 2018
Toggle signature
The difference between stupidity and genius
is that genius has an upper limit. - Albert Einstein

I feel your pain. What does CD have to say about this?

Eagle's Eye Video said:
It could not be specific to either lens, as it appears in both... the digital artifacts were not present when the Peau was originally installed... only after the swap for the PixAero, and subsequent swap back to the Peau. The image looks good were it not for the noise issue. It lies elsewhere in the camera... not SD card related as this appears across several cards. Also it is not crash related, as this was not the camera on the H last May that crashed... that camera had the since completely repaired, PA 3.77.

Those are NASTY artifacts in the video.
Toggle signature
Ron

Rubik said:
I feel your pain. What does CD have to say about this?
Click to expand...

Email sent... will f/u with a phone call tomorrow...
Toggle signature
The difference between stupidity and genius
is that genius has an upper limit. - Albert Einstein

rdonson said:
Those are NASTY artifacts in the video.
Click to expand...

It's always presented itself more prominently in video, but it's in both vid and stills...
Toggle signature
The difference between stupidity and genius
is that genius has an upper limit. - Albert Einstein

F
Is this normal behavior from G-SPD?

M
Where to send for repairs

Classifieds Jun 19, 2022
dylanfm
D
M
Where to get Typhoon H repaired in Western US?