Momchil said:
It doesn't work, the driver for USB is different,if anyone has a full backup of st10 + and uploads it here, I can try to flash it ...
So far I'm only bringing it to the COLPAD 8076D startup logo and constant vibration,no IMEI,no Yuneec bootlogo...
"3G"-logo freezess

I've been trying to get it to work also. The recommended ADB driver will not load on my windows 10 machine. I thought it may be some difference between the Windows 7 used to develop the guidance, and the Windows 10. I finally got a Windows 7 machine working late last night and will at least try again by starting from scratch setting it up per the guidance today. I have little reason to hope for success.
Reactions: Momchil

After many hours of play, thousands of flash combinations, I finally succeeded, I restored st10 + to the original position of 99.999%, the rf file is still missing, which obviously controls the st10 + receiver .... BUT it still doesn't light up gps led, it binds with cameras cg02 and cg03, but sees neither Q500 nor CHROMA

note that gps led does not flash when I enter the hidden menu of st10 + for gps test-then it activates and starts to light up and find satellites .

I've been trying all kinds of ways, and still can't get it to connect. How did you get it to work?

I think most of the problems are hardware related. I'm not sure about the RF file. What are you seeing that tells you the RF file is missing?

Why catch all the fakes on the internet? The folder is right but the file, which you want to have is sr24_tx_(some version).bin
Available everywhere. Here too...

Vaclin, you are golden !!!!!! everything started at once !!!! I have been looking for this file for 3 years! I am very grateful to you, my friend! .


Translated with www.DeepL.com/Translator (free version)
you must use a USB OTG cable! The connection is as follows:

plug the cable into the st10+ and the computer with the battery disconnected, download and use this flash drive by loading only the flash file from the ST10+ un-brick theme, do not press anything else! Press program start, plug in the battery and let it flash to the end! When finished, close this program and disconnect the battery and cable from the transmitter.

Last edited by a moderator: Jan 14, 2022
Reactions: Schteffl and DoomMeister

DeepL translation:
the original flasher from the "unbrick" theme cannot insert the "nv" file .....
but after the above procedure is used to re-flash with replaced files from the folder with the unzipped file "update"....
Last edited by a moderator: Jan 14, 2022
Reactions: DoomMeister

WTFDproject said:
I'm not sure about the RF file. What are you seeing that tells you the RF file is missing?
Click to expand...

No connection to the copter, when all the rest works, and no data on the screen about the rf and fc version.

To open a topic "How the controller works?" will close a lot of questions. At least what is RF, what is FC, what is PAD and how they're talking each other. Channel final value formation is there too.

What an astounding thread!!!
This thread has been a great example of a Forum combining things from different members around the world (but mostly in Bulgaria) to solve a problem that seemed unsolvable. The bits are on the table now that have the potential to resolve all sorts of pain related to the ST10 series controller.

Many, many thanks to @Momchil and @Vaklin for your knowledge and persistence on this issue.
Reactions: Pier2162, Chris Koch, Steve Carr and 2 others

Hey @Momchil, thanks for that help.

Important was the OTG cable, than i can connect it,
Without it cannot find any driver at all also spreadtrum driver wont work.
With OTG cable it finds immediately self the drivers
I tried it once and exchange several files, and get it to boot into a chinese Mobilephone.
Lol

Do you remember, what files you have exchanged that it work again.
It appears i be close to recover my ST10 with your help.

Found an intersting article that gives me hope how ST10+ issues can be quick solved....
The Way via spdtool works nearly if we had an simply .pac file made from a usable transmitter.
Every Horror of dead flashed Transmitters could be history than.
So we can built an own .PAC file to reflash a corrupted ST10+ maybe this works also for other android based transmitters like st16. 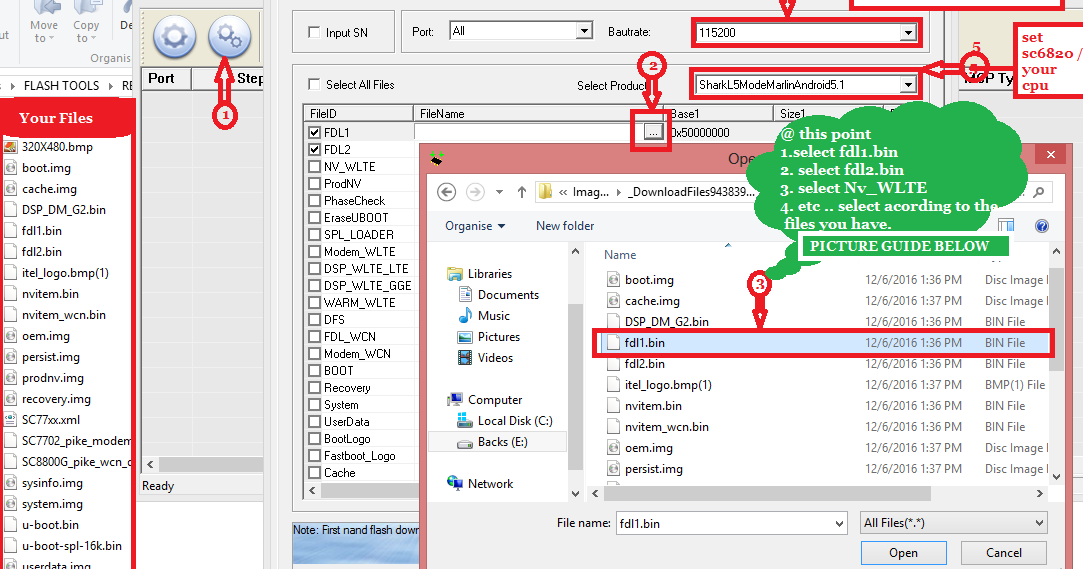 How to Create PAC File For SpreadTrum Android Devices.

Here on this page, I am going to show you the step by step guides on how to create a PAC file that can be used to flash any Spreadtrum an...

What did i do:

Downloaded the SPD Tool and the coolpix pac file and installed as @Momchil suggested.

Importantst step was to use a OTG Cable and a USB A to A connector and connect the ST10+ to the PC.
Connect the OTG between pc and ST10+ but without battery attached.

Insert a fresh formatted SD Card into the Slot with update.zip from a usable yuneec update on it in root directory.

Started SPD Tool and select the .pac file and klick on the play button in spd tool.


After all that will be made connect the Battery into ST10+ don‘t do it before !
As next i got a Chinese Startup screen.

While i tapped few times on the Display ( i believe 10 times if i remember correct) a new Screen appears.

In that screen i found an install button, so i klicked it and i got response what file i would like to install.

I selected the update.zip in the root of sdcard and the reboot after done and hit the „ do it“

As next i see few things like an install would be happen.
Here is the Screenshot about.

Than the ST10+ suddenly reboots and i hear the yuneec sound but nothing more, the screen appears to be black further.

I removed the Battery and give her a New Start.
First the Chinese Startscreen, followed by yuneec Startsound with the Yuneec Logo.

After that the screen keeps a rotary symbol for about 3 min than it do itself a restart and all seems fine, except the first bootscreen, that was further the chinese one.
however, maybe i can change it later.

Maybe this will help few guys to bring their ST10+ back to life.

@WTFDproject maybe that helps you also.
Please feedback, thanks.

That's exactly what I did, it was very difficult for me to explain because I use a translator and not everything goes well