I happened to see this listing for a CGO3 4k on offerup. The lady wants 100 plus 7 for shipping. It is an only two-day-old listing. 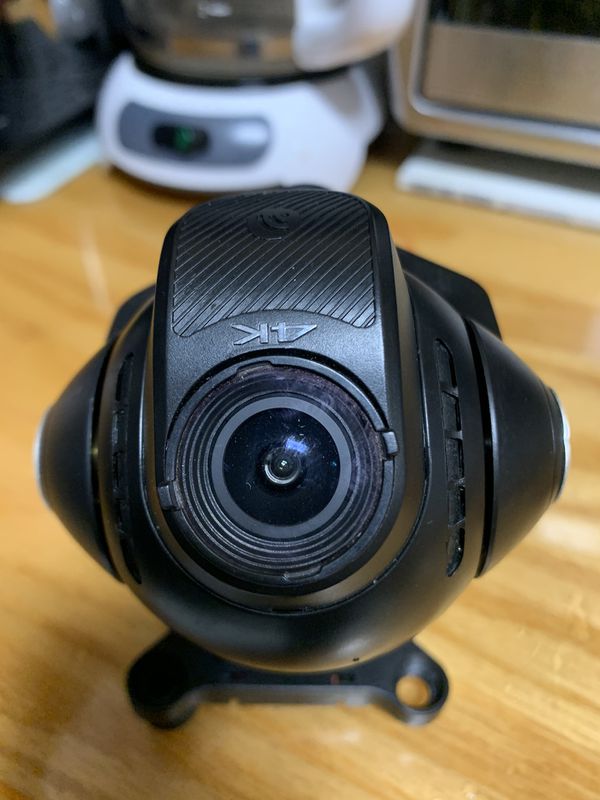 Let me know if you buy it. Happy days!
Reactions: Russell Smith

I'd say go for it.. Couple of questions I would ask (1) Where is the Typhoon H it came from? (2) Any documentation with it?

You know the saying, "If something sounds to good to be true, it probably is." In other words "Buyer Beware".

ArtCox said:
I'd say go for it.. Couple of questions I would ask (1) Where is the Typhoon H it came from? (2) Any documentation with it?

You know the saying, "If something sounds to good to be true, it probably is." In other words "Buyer Beware".
Click to expand...

It is a CGO3 not a CGO3+ so there would be no Typhoon H. These are for the Typhoon Q500
Expand signature
My mind’s made up, don’t confuse me with facts.
Reactions: Steve Carr
4

The top mounting plate for the gimbal is gone...crash? If so, how does she know it still works?
C

I don't know anything about it. I just saw it and thought I would share it. I did purchase one from this site and I haven't had any problems with it. Mine came from a different seller.
R

cabinfourus said:
I happened to see this listing for a CGO3 4k on offerup. The lady wants 100 plus 7 for shipping. It is an only two-day-old listing.

Let me know if you buy it. Happy days!
Click to expand...

It's a verified seller. I purchase a lot from this site and have never had an issue. I see Yuneec stuff on there all the time. I picked up a CGO3 for 65 and he through in the steady grip.
4

I'd offered her $50 and she responded with $75, but I was about 6 minutes too late in responding...Somebody else scarfed it up..

I bought a crashed Typhoon H for $100...we'll see how bad it is when it gets here...
Reactions: cabinfourus
A

My crashed Hex is still at Carolina Dronz. They informed me that they do not have the means to fix damaged camera and are "looking around" for another shop that might be willing to take on the project. It has been nearly a month since the crash. I realize the holidays have interrupted their efforts to evaluate damage and suggest repairs and costs. I like the folks at Carolina Dronz and trust them. I suspect that the original H camera is irreparable. If so what to do? Sell the H "as is" without camera? Is there anyway to adapt a Q500 CGO3 camera to work on the H? I realize the 360 degree swivel function will not be available, but if just the tilt-up-and-down function could be accessed from the controller then I could still take some pretty good videos. Someone suggested attaching a gopro hero for use as a fixed camera but the video limitations clearly outweigh the conversion efforts. Any/all Suggestions appreciated. Anyone want a camera-less H?
4 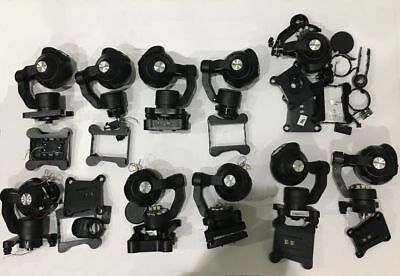 That included new housing and other parts as needed.
www.ebay.com
Reactions: cabinfourus
A

I just looked at previous posts and It appears it was for the CGO3+ (for the Hex). I will flag the techs at Carolina Dronz and se if they can contact through Ebay.

The CGO3 in the original post, listed for $100, was for the Q500. The one I bought in the post above , for $275, was a GO3+, for an H. The link takes you to his repair service. He's apparently repairing both types of cameras, and offering a warranty, as long as the stickers he affixes to specific joints on the camera housing, and on the gimbal, are undisturbed...the one I bought from him works fine. I sent my original camera off to him barely a week ago to be repaired....as of yet, he's not finished with it...I'll post about the results when I've received it.

When you communicate with him via e-mail, be prepared for some of the grammar and syntax to be a little different, as I believe (but I could be wrong) that he's from Eastern Europe.
Last edited: Monday at 2:05 PM
You must log in or register to reply here.
Share:
Reddit Pinterest Tumblr WhatsApp Email Link