Mechanic said:
Was there any parts replaced during this 2 years? reason i ask is I have seen the yuneec recommended maintenance and do not agree with all of it, however they did mention motor replacements, battery replacements due to high use. I'm sure these little electric motors dont last forever. brushed or brushless.. Did you do any of this?

Fix em when they break crash sound funny look bad smell funny or don't do anything but sit there and look stupid at you. Keith
H

Thank you guys for replies.


WTFDproject said:
Does the battery appear to be in good condition? Any evidence of battery failure?
The battery drain could possibly result from loss of a single prop blade. Were the props OEM Yuneec Blades?
Given the location and time of year, any evidence or possibility of a bird strike?
Click to expand...

Good question, battery is replacement one but even today it's still have 14.5V and i can run all 6 motors and camera with it (didn't charged after crash). Never had issue with this battery.
I don't count charge cycles but it's far away from being used or damaged.

Props also replacement ones, never failed, even at +1000m AGL very heavy wind and cold weather. During winter time (-10*C, my "coldest" flights) i've lost one in the air but easily landed on 5 motors.

Bird strike not possible, this area is dominated by big predator birds so there is no small birds, and i was close enough to clearly see aircraft exact position and orientation.
After crash it's hard to tell if there was any physical damage to props or body.


Mechanic said:
Was there any parts replaced during this 2 years?
Click to expand...

I've used 3 sets of props during this 2 year adventure. No other parts replaced, both batteries can do 18-22 minutes of flight.
Reactions: Pagan
H

You can still see pieces of tree inside cover, on the 2nd picture you can see ripped off main frame

Quite a bit of damage, like you say if you can get one on eBay, then it's worth it, the cost of parts is going to be a lot.
H

Yes, i'm collecting money to buy new H.
I can buy arms with motors, covers and landing gear pretty cheap but there is no main frame available in europe.
I choose to buy new aircraft and then i'll have spare parts and second ST16 to fly in team mode.
Reactions: Pagan

howfastyes said:
Yes, i'm collecting money to buy new H.
I can buy arms with motors, covers and landing gear pretty cheap but there is no main frame available in europe.
I choose to buy new aircraft and then i'll have spare parts and second ST16 to fly in team mode.
Click to expand... 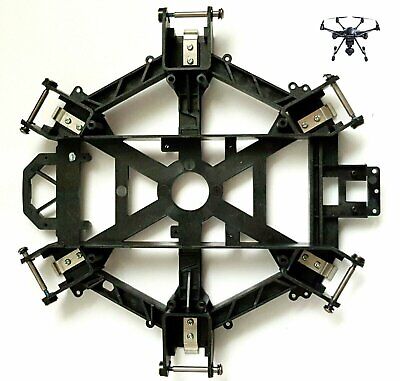 What is the difference between A and B type arm? I don't see any difference.
Can i use Typhoon H Pro arms instead of H480 arms?
Looks exactly the same.

The arms are the same, the difference is in the propeller hub. You can make an arm an A or B just by changing the hub and having it mounted at the proper position on the airframe.
Toggle signature
If you know it, share it.
If you don’t know it, learn it.
The seeds of knowledge,
Feed the future.
Be a part of “it“.
Reactions: howfastyes
M

Check out https://yuneecskins.com/ He is based in California and has hard to get parts.
Reactions: howfastyes
H

Just received new bird with CGO3+ and ST16 (2 antena version), original battery and props, all for 330EUR. Dead boy will be repaired soon when some cheap parts pops in my country I need 3 arms, top cover and props.

Next i want to upgrade charger and buy 1 maybe 2 batteries.

1. Should i look for Yuneec or replacement battery?
2. What's the best price/quality charger for those batteries?

Yuneec Power 4 batteries are rare now and getting on, Powerextra or GiFi might be worth a try. Sky RC D100 good charger for under £100, you'll need battery cables x2 try Amazon top. 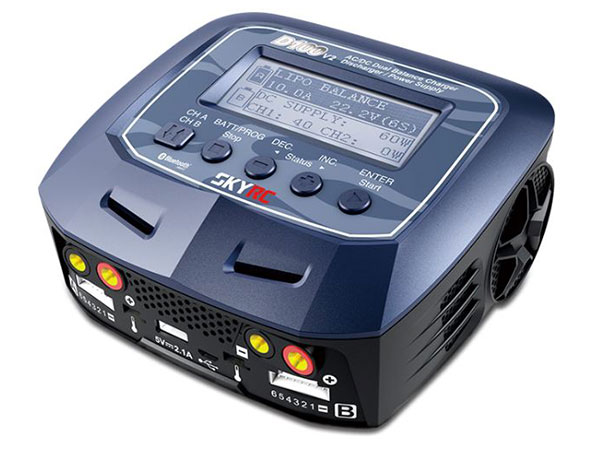 I know I am a bit late to this discussion but I may be able to help you with the repairs. If you can PM me with some pictures of the broken drone I will look to see what I have. I can seel the parts to you cheaper than you can find them on sites like eBay. I have in stock-

And much more. I am not selling everything but I may be willing to help you out.
Reactions: howfastyes
C

howfastyes said:
1. Should i look for Yuneec or replacement battery?
Click to expand...

Mrgs1 said:
Quite a bit of damage, like you say if you can get one on eBay, then it's worth it, the cost of parts is going to be a lot.
Click to expand...

Few days ago i got lucky and bought all needed parts for 70 euro. 2 arms with motos, 1 landing gear, top cover and set of hooks for arms.

3rd arm rebuild from replaced ones, broken frame repaired with epoxy, camera didn't took any damage so bird is complete and working.


Now i want to talk about old issue, it was long time before crash, i think there is no need for new topic.

Almost 2 years ago i've tried to plug in camera when aircraft was powered on, somehow i've burned fuse, so camera won't turn on anymore.
Send on warranty to Yuneec Germany and they kindly repaired it for free.
After few days i've noticed problem with camera Yaw/Pan spin - it was not smooth, i can notice this issue only watching SD video in high quality, it's hard to see on tranmission video.
Camera was slowing down and speeding up, very small change but visible and every 360 spin shots is ruined and usless.

So again, send it to Yuneec with very detailed description of issue, month later they send it back with message: "Issue NOT FOUND".
F***!

So now after crash and after warranty is over i took the camera apart from the top and found what is causing the issue.
It's not ST16, it's not bad signal, not the aircraft - it's the camera Yaw motor.

Magnets on the yaw motor are very strong! Much stronger then motors for example.
My camera is not spinning freely when power off but skips from magnet to magnet like a clock. Do you guys understand me?
You can feel every step on fingers when holding camera in hand, it's about 12 steps and it looks like there is 12 magnets inside yaw motor.

I know i won't be able to calibrate new Yaw motor if i replace it
Now i know they replaced fuse or main board but no replace for Yaw motor which took reverse voltage and magnets got very strong (it's possible).

howfastyes
I HAD ABOUT THE SAME PROBLEM WITH MY H PRO. I’M PRETTY SURE IT WAS A BATTERY FAILURE. IT HAPPEND REALLY FAST, LIKE HOLY CRAP FAST. I'M SORRY FOR YOUR CRASH.. I JUST GOT MY MAIN FRAME IN TODAY.. THE REST OF MY PARTS ARE SOON TO FOLLOW.. DONT GIVE UP.. I WAS CONTEMPLATING GIVING UP AS WELL.. BUT ITS WAY TOO MUCH FUN. ITS KILLING ME THAT I CANT FLY.. AND I CANT WAIT TO HIT THE SKY'S AGAIN..PLUS NOW I KNOW A LITTLE MORE ABOUT MY DRONE.
STICK WITH IT.
Reactions: Mike Irish and howfastyes
H

What setting are the best for 5400mAh 4S battery? Custom pack with custom charger, charge at 1C recommended / 2C max.

I would balance charge first,paying close attention to cells in relation to one another,as they balance,hopefully when balance is done all cells will be same voltage within a short time frame. Keith C.
H

if 5400 mah battery,then we all agree to charge at 2.5 or thereabout. A fast charge at 5.4a would should be max. I like to charge slower. When I balance,charger does a reducing amp curve. Near the end of balance it is usually at .6 or .8 a. for finishing. I did a first flight last night with 2 3yr. old batteries.Got 14.6 minutes with 1 and 16 minutes with second,flew fast with gps off on second flight. I was amazed. I left charger on till it was done for sure. 4.2 volts per cell and it never went higher but stayed charging,balancing for about an extra 10 minutes. Very low am't of mah went in to battery but I waited fans on charger even shut off but no heat so that was o.k. Finally it shut off. The wait gave me extra time. By the way I was a little leary as I live in the woods and do a lot of short flights here,just up down and around. Last night I went a few miles down the road to a very large farm,open fields no mag interference etc. I took h pro up,up and away. Nothing crazy but gps and flash purple then purple with the white to indicate total good gps signal happened within 30 seconds after I fired it up.I just moved my gps to external and put a tin plate behind my antennaes,got that from captain drone Idea. A BROWNIE TIN from wifes kitchen. Signals never faltered. I'm not real gutsy but need to go out 1600 feet soon when I go to the pier in Manistee Mi. Both my flights were flawless and tons of fun. I am so happy.So be careful,read your extended manual,make a small flight list and put your faith ,under your hat and hope you can fly trouble freeand be as happy as I am right now. Keith C.
Reactions: howfastyes
H

Typhoon H camera not detected but all motor functions are great.