The linked article tells the story. The cited helicopter pilot will set a legal precedence if he wins. 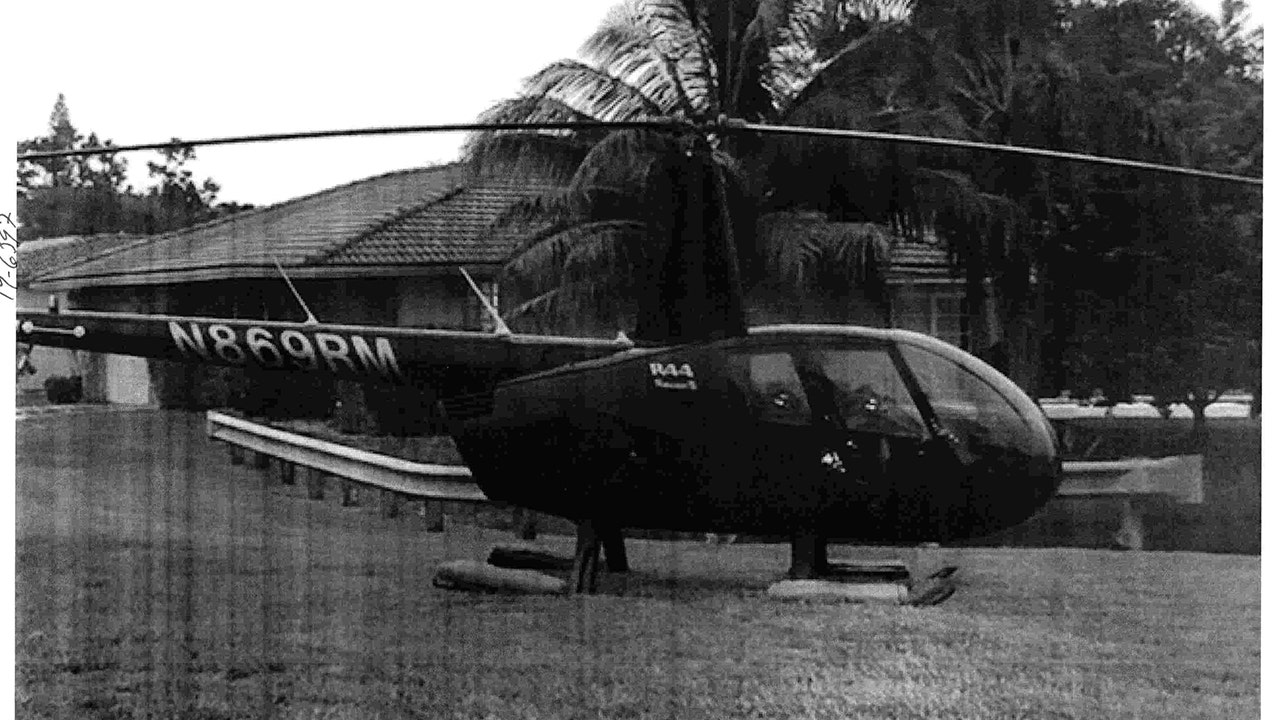 A Florida city has issued a citation to a man who landed a helicopter in a friend's backyard as a stunt when he showed up for a party.

It will be interesting to see how this unfolds for sure.

Indeed. I read the story and lit right up with how well the case ruling will be relative to drone operations, especially with the FAA making it clear they don’t have jurisdiction over private property use by aircraft.

It might well be the case that establishes a limitation of civil authority over a private land owners use of their property for aviation purposes. It’s Supreme Court material all the way, with the definition of “safe” part of the deal. Such definition could well impact the FAA as well with regard to their undefined “careless and reckless operation of an aircraft” rule.

If I was a competent civil attorney looking to get my name associated with a new national law this would be a case to almost die for. Doing is pro bono is about the same thing but with greater long term reward.
Last edited: Aug 19, 2019
Reactions: Ty Pilot

Yeah, here's to hoping he wins this.

This story is making the rounds. Bottom line is he needed FLA DOT approval, which he apparently did not have. So the state has a case against him, but the city is SOL.
Reactions: Ty Pilot

I don't see how FDOT can tell you where you have to land unless it's restricted? Drones can land practically anywhere for now.

"I'm sorry sir.
We stopped the bleeding, but we have to wait for the ambulance to get through traffic.
Lifeflight is not allowed to land here, unless you first pay the fine & get local & state permission."
Last edited: Aug 20, 2019
Expand signature
toy quad to CX20 to F450 to Typhoon H

Phaedrus said:
This story is making the rounds. Bottom line is he needed FLA DOT approval, which he apparently did not have. So the state has a case against him, but the city is SOL.
Click to expand...

That’s the area, FL DOT and/or local gov approval, that could generate a landmark ruling. Requiring such approval is a severe property rights restriction of private land owners. It might also be a Constitutional violation by restricting freedom of movement.

If you have enough property to afford a safe LZ, why should you need DOT approval to make use of it? If the area is arranged where the general population is not threatened any more than they are threatened by helicopters frequenting city business buildings, where does the state or local DOT add benefit with their oversight?

The couple articles I’ve read thus far about this mention a law that loosely states no aircraft shall land or take off from a location not designated for such purposes by their DOT. Such a law does a couple things; it gives local authorities control over aircraft and property use, indirectly taking control of federal airspace, and by definition of “aircraft” severely impacts drone operations by restricting them to the same locations. Drones are “aircraft” as our wonderful FAA has thus defined them under federal law.

Having ample room to use a helicopter at my place, I would not hesitate to to make use of one if I could so afford one and had the need. It’s MY land.

I can see how the wording "Drones are Aircraft" are going to be played in this lawsuit.

This is not any different than what sUAS pilots encounter. Any city/state can make a law governing what you do standing on the ground. They cannot make laws about what happens in the air. Not sure I see what's landmark about that.

California, and most all other states, have aviation departments that regulate several aspects of aviation in the state.

Indeed they do. The question is how much latitude they legally possess in regulating private property land use for aviation purposes. The city of Santa Monica, the FAA, and pilot groups have been in a decades long legal battle where land use and zoning are involved. Just because a government entity enacted a law does not mean that law was just or legal. Legal “overreach” occurs frequently and often over turned by a higher court.

I’m taking a long view in this case in hope the case expands into areas that might limit government authority over private property rights. When we review deeds of trust granted with property ownership and compare the grants with government restrictions not referenced in the deeds we can see considerable conflict.

Governments already regulate what you can do on your own private property. For instance, almost every city in the US bans discharging a firearm inside the city limits. Being on your own personal property matters not one little bit.

Back to the OP case, it seems clear, he needed FLA-DOT permission. It clearly did not have it.

We have come to a fork in the road where we take different directions. I’m not one that believes that because a law was written that it is automatically legal and just. There are a great many reasons some enacted laws should be repealed and often violating one of them initiated the actions needed to do so.

We both live in a state where many current laws would be repealed if and when they were challenged on a Constitutional basis. The 9th Circuit and laws they support is over turned on a regular basis. A recently enacted law forcing release of personal tax info to qualify for a presidential ballot is another law that will fall on a sword.
Last edited: Aug 22, 2019

As far as the 9th circuit goes, the rate they are overturned is on par with other circuits. The case count is higher because they are one of the busiest courts.

The tax release law has not made it in forint of a judge yet and has a long road before getting to the 9th circuit, if it even makes it that far.

But conflating that with this situation which is fairly clear cut. Permission was required, and he did not have it. At this point I am not sure they have gotten to the point of challenging that requirement. From what I read the first suit is simply challenging the violation. It's a got a ways to go before it becomes a property rights case on a higher level.

That’s why I mentioned taking a long and broader view. Someone seeing only an existing law would view the landing as a violation, which, under current law, it is. With such a view the “violator” is guilty. But if the law itself was illegal, or outside the legal purview of the regulating body, who would be the actual violator? Those that enacted an unjust and illegal law or the person that challenged it?

I kind of see the situation as a major friction point between federal and local law, and in this case a situation that indirectly prohibits any flight from any location not designated for such purpose by a state regulating body. That includes drones as they are “aircraft”.

Sure, it’s semantics but law is literal and has to be enforced as written, not as interpreted. If the area law uses the word “aircraft” to qualify special use areas for such operation any cop could cite every person they see operating a drone, parasail, ultralight, whatever, from their personal property. The law begs challenge. That’s why I said a good, forward thinking attorney could make quite a name with this. A lazy common defense attorney would be a disservice to the client.

BTW, I’m having a lot of fun with this one

PatR said:
Sure, it’s semantics but law is literal and has to be enforced as written, not as interpreted.
Click to expand...

I'll focus on this one for a moment. Really? You better tell every Judge In America then, because interpreting the law is what they do. They a re the final arbiters of how the written law is to be interpreted.

Talk to my DA daughter, who has to show the evidence falls within the boundaries of the written law. The judges rule on the strength of evidence, not the law itself. Debating the law is the realm of appellate courts and the Supreme Court. Also understand “the people”, which is us, can at any time they believe a law is unjust, petition the court to review a law to determine if a law is valid, unjust, or past its time to have it nullified. On rare occasion juries sitting a case have initiated such action.